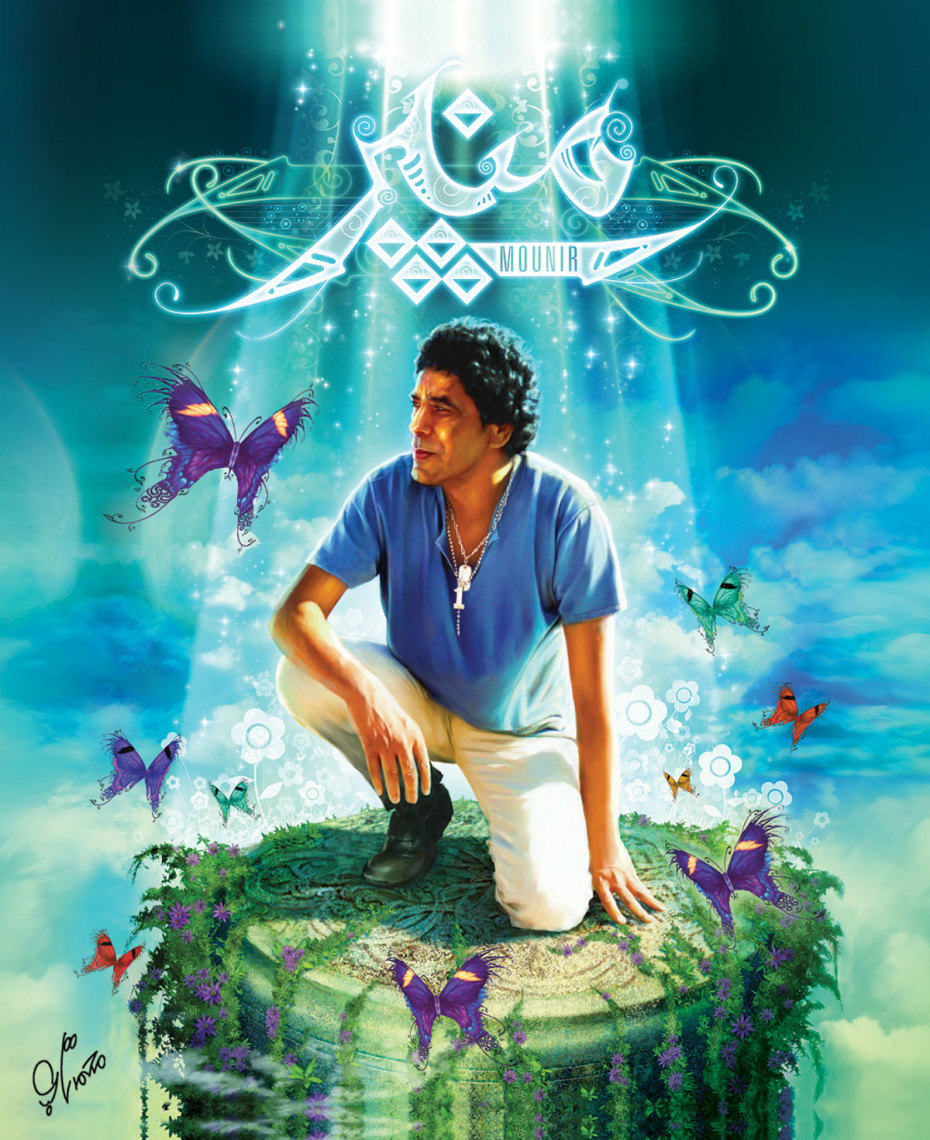 Mounir is the most famous singer in Middle East. Born in the mid-1950s in Aswan. Egypt. For lack of an easier definition. his music is often slotted into mainstream pop. More than any other star. he has become the voice of all Egyptians. perhaps due to his Nubian heritage. He has managed to touch the hearts of all Arabic speaking nations. He/s gained the respect of people who many not appreciate his music. but understand his message.

I want this poster of Mounir album to be unusual artwork and different from all designs which I have done before in albums field that issued in Egypt and the Middle East. I decided to chosen Fantasy art as the only genre can achieve my imagination. as for the name of Mounir Ive designing an entirely new Arabian font In a shining manner. because the artist name Mounir in Arabic means the source of emission light. and therefore attract this butterflies.
Technique. Digital Artwork. Painter X. Photoshop CS3 .